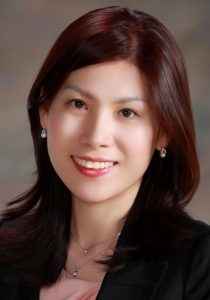 Dr. Seunghee Lee completed her B.S at College of Pharmacy, Chonnam National University, Korea and then received her Ph.D degree in molecular and cellular biology at Baylor College of Medicine, Houston, US. She joined Dr. Soo-Kyung Lee’s lab who studies neurodevelopmental biology at Baylor College of Medicine and OHSU from 2006 to 2011. During postdoctoral training, she expanded gene expression repertoire to other key intrinsic and extrinsic players in developmental gene regulatory network.

She started her professional career in 2012 as an Assistant Professor at the College of Pharmacy, Seoul National University. In 2016 she was promoted as an Associate Professor. Throughout her career, she has achieved many honors and awards including The Chair’s Award for the Best Graduate, Dept. Molecular and Cellular Biology, Baylor College of Medicine, Houston (2006), POSCO TJ Park Science Fellowship (2012), L’Oreal Korea-UNESCO for Women in Science Fellowship (2013), Frontier Science Award, The Korean Academy of Science and Technology (2013), Y-KAST member, The Korean Academy of Science and Technology (2017) and Young Pharmaceutical Scientist Award by The Pharmaceutical Society of Korea (2017). She tries to define gene regulatory networks in neural development as well as roles of epigenetic regulators in self-renewal and differentiation of embryonic stem cells, metabolism, and tumorigenesis.