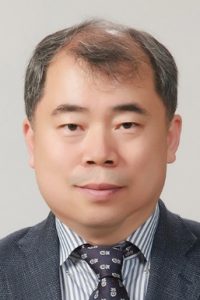 Dr. Jung Weon Lee is a Professor at Dept. of Pharmacy, College of Pharmacy, Seoul National University (SNU), Korea. He got BS and MS degrees in Agricultural Chemistry at SNU and another MS in Biochemistry at University of Tennessee at Knoxville, USA, and then Ph.D. in Pharmacology, University of North Carolina at Chapel Hill, NC, USA. He had a postdoc period at Memorial Sloan-Kettering Cancer Center, New York, NY, USA for Cell adhesion signaling. In 2001, He came back to Korea, as an Assistant professor at College of Medicine, SNU, Korea. In 2009, He moved to Dept. of Pharmacy, SNU and is now a full professor at Department of Pharmacy, SNU and the vice director of Research Institute of Pharmaceutical Sciences, SNU. His researches have focused on how cellular functions including morphological changes, epithelial-mesenchymal transition, migration, and invasion could occur at the molecular levels. Such mechanistic insights on the cell functions can lead to development of the reagent(s) to inhibit the abnormally-metabolic, fibrotic, tumorous cell functions. These days, his research group mostly focuses on the roles of a tetraspanin, TM4SF5, in metabolic disorders, fibrosis, tumorigenesis and metastasis, and on the anti-TM4SF5 reagents to block TM4SF5-mediated diseases including metabolic disorders, fibrosis, and cancers, in either 2D or extracellular matrix-surrounded 3D culture conditions via biochemical, cell biological and molecular biological approaches in addition to animal models, and clinical samples for the fibrotic and tumor models or patients (Lab homepage: http://www.snupharm.ac.kr/jwl/).