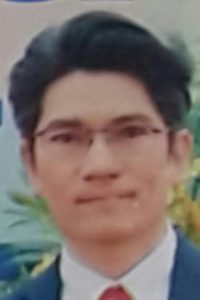 Dr. Nguyen Hai Nam is Professor of Pharmacy at Hanoi University of Pharmacy. He graduated from the same university with a pharmacist degree in 1995. He obtained master and PhD degrees from College of Pharmacy, Chungnam National University, Korea in 1999 and 2001, respectively. After 3 years working as postdoctoral fellow at the University of Rhode Island, USA, he joined the Department of Pharmaceutical Chemistry, Hanoi University of Pharmacy in 2005. He has been Head of the Department of Pharmaceutical Chemistry since 2008. He was promoted associate professor in 2009 and full professor in 2014. He is expertised in organic medicinal chemistry and new drug design and discovery. His research interests include design and synthesis of novel anticancer, antidiabetic and acetylcholine esterase inhibitors. He is also interested in development of novel prodrugs to improve pharmacokinetic properties. He has been awarded 15 international patents and authored more than 80 papers in international peer-reviewed journals. He also authored three books and several other book chapters in drug design, developments and related fields.